This year has been a roller coaster of delights; ups and downs, and curves galore. I have spent much of this year working on my career goals and getting my writing mojo back. Of course I also spent the year with close friends and family and a slew of traveling. It’s been a great period of growth for me and also a period of reflection.

From a career standpoint I was able to network my way back to the city of my heart – New York City, specifically Brooklyn (and in Brooklyn specifically Bedford Stuyvesant). I am actually proud of myself that I was able to pull it off. I thought I would have to leave my current company to do it and that was almost the case, but things were able to be worked out and I am not back where I truly feel I belong and where I thrive.

I found myself in the streets of New York City, with the help of people who have become my family. We may not be blood related, but they are the family that I have patch-worked together across boroughs, cities, and even countries. Leaving the city wasn’t what I wanted, but I did what was necessary at the time; and now, I’m back to stay.

Back in February, my muse decided to come out and play and I was very excited. I’m happy to stay that the passion and drive that began this year didn’t fade at all; it’s actually grown in fact. I participated in both Camp NaNoWriMo’s (one in April and one in July), as well as NaNoWriMo in November.

April was a dud in the writing department, namely due to work and the big career move I was trying to make; the muse was not happy. July was better and I was able to win that and get what I needed written, which spawned a lot of planning for November. NaNo was a success in November with me being able to write more than 50k words that month. So exciting! This past month I’ve actually been working on a completely different idea as well as editing some fan-fiction that I have ready to go for some fans in particular.

All in all, it’s been a great year in the writing department – I hope it continues into 2019.

Friends and family rallied around me for a couple things this year; one, I raised money from Leukemia and Lymph Society’s Team in Training and ran the NYC Marathon this year. Huge feat – I was pissed off about my time (didn’t finish anywhere near I wanted), but in the end…I DID IT!!! It was a great accomplishment and something I’ve been wanting to do for years – so go me!

The other item on the agenda was traveling! Every year I travel and I tend to go to multiple places. This year was great because it was an awesome mix of old favorites and new exciting places. And not only were the places I visited a mix of old and new, the people I traveled with were too!

I started my year by traveling to an old favorite; San Francisco, California. I went here with some new friends from work, but one of my oldest friends in the world. It was a great way to start off 2018. Next trip was back to wine country with my sister for the BottleRock music festival. Let me tell you – the festival is expensive, but for the two of us – totally worth it. I love how much I’ve bonded with my younger sister during this time; we’ve learned a lot about each other I feel during this time.

The sisterly time wasn’t done yet; in July, she and I went to Iceland and had an awesome time. August came and went with a new city and new travel buddy! I went to Ireland for the very first time, ran an international half marathon for the first time, and travelled with a new buddy for her first trip to Ireland as well! I’d heard the food was horrible here, but I have to disagree – I ate so well while I was there. The views are fantastic along the coasts, and the city of Dublin is so cute!

As the year has wound to a close, I find myself writing from the beautiful and old city of Lisbon, Portugal. My big brother and I are enjoying our first solo international trip together. This city is breathtaking, the food is delicious, and the weather in December has been phenomenal. We’ve already decided to come back!

So what have I learned this year? There haven’t been any great flashes of insights or big revelations. The knowledge that I have learned this year has always been with me, but I guess this was the year that I finally voiced what I knew to be true for a long time.

Here’s what I figured out:

I can be disappointed in how long it took to do something; but that never negates the accomplishment of actually putting in the work and doing it.

I have an abundance of experiences that I’ve already lived through, and they are preparing me for what is to come.

I have the capacity to be so much more than what I am right now – it will just take time to get there.

I am truly and well loved and cared for.

Simple things right? Like I said, no rocket science in there at all, but still lessons learned and hard won.

With that, I will bid 2018 a hearty goodbye and farewell. 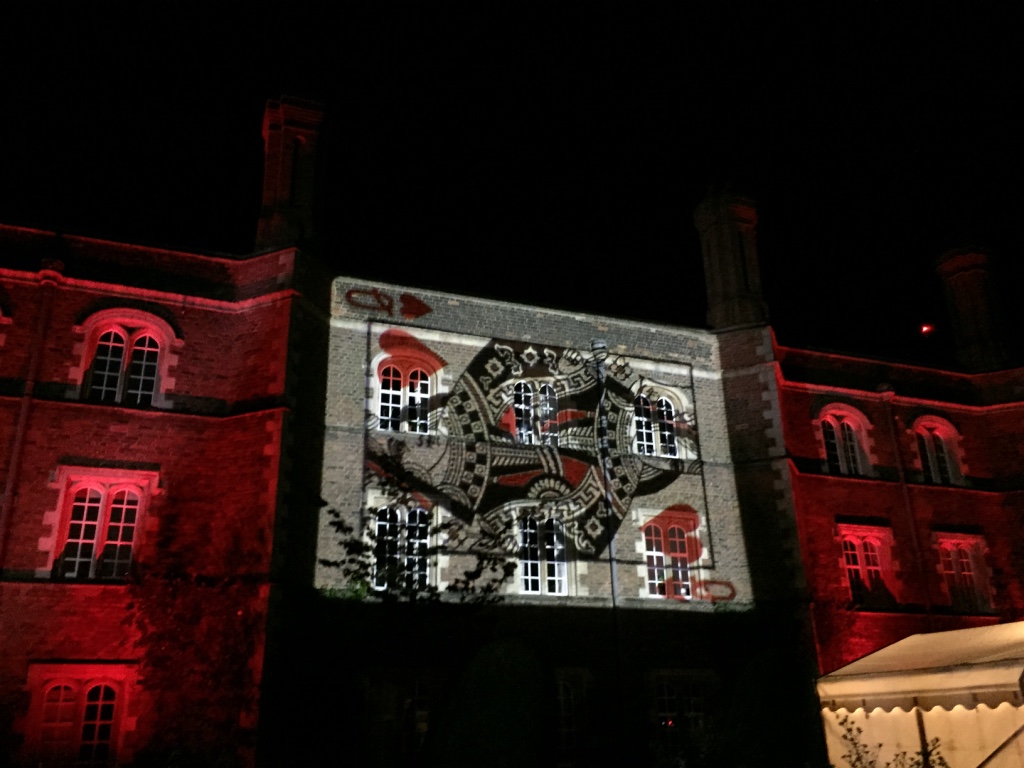 You would think that I was tired of travelling after being gone for so long right? Yeah no, not in the slightest; you can thank my mother for this travel bug. Summer classes started in May 2015 back in Cleveland, Ohio at Case Western Reserve University. Prior to the semester starting a great friend of mine, who was studying at Cambridge University (she’s since graduated), asked if I’d like to attend May Ball with her at her college Jesus (yes, it is called Jesus College) in Cambridge in June.

Let’s just say, it wasn’t a question in my mind. I decided that I was going! If you’d like more information on the tradition of May Balls and the history at Cambridge, Wikipedia has a pretty good synopsis (https://en.wikipedia.org/wiki/May_Ball). The May Ball for Jesus College was on June 15th 2015, so I flew in a couple days early to catch up and revisit Cambridge, which is a very fun cute city. It was great getting to catch up with my buddy Katie and also get to see some events leading up to the May Ball. So rowing is a very big to do at Cambridge. The final rowing competition was happening Saturday (13th June) so Katie took me and started explaining everything before the competition started. Long story short it was a great couple of hours. The other event that we were able to see the end of was where different colleges used only cardboard to built boats and see if they could float in one of the rivers close to campus. It was hilarious, but awesome to see. Jesus College won that one – after all, it is the college known for engineers.

The day of the May Ball two more friends of Katie’s came to enjoy in the festivities as well. They had been travelling in Scotland or Ireland (I can’t remember now) and made it with a few hours to spare.

In short, the May Ball was awesome! We splurged a little and were able to get a sit down dinner in one of the special dining halls in Jesus College. The food was amazing and there was a wine paired with every course.

Veg Main Course (it was delicious) 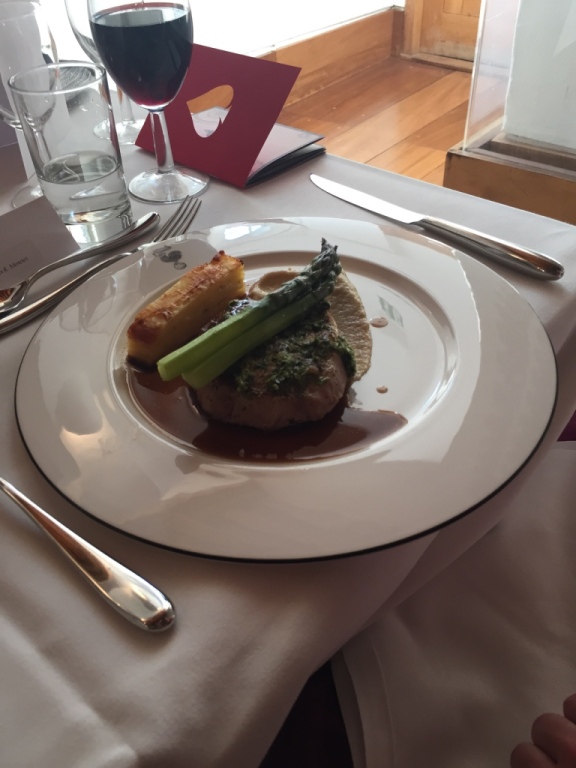 Beef Main Course (was told it was awesome)

The theme was Wild Card, and every part of the college was decked out in the different suits of a card deck. There were also a rides; one of those high swinging rides always at carnivals, dodge em’ (aka bumper cars), laser tag, silent disco (everyone is wearing headphones), and even a concert! The headliner was James Bay, who is a newcomer on the music scene – his first album came out last year (it’s awesome btw). 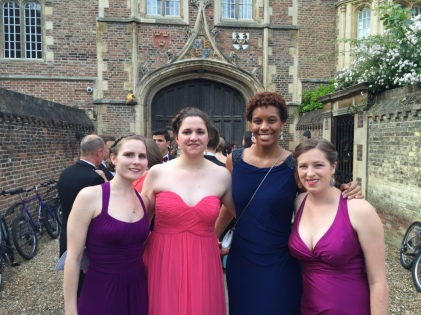 Before Dinner – The Beginning! 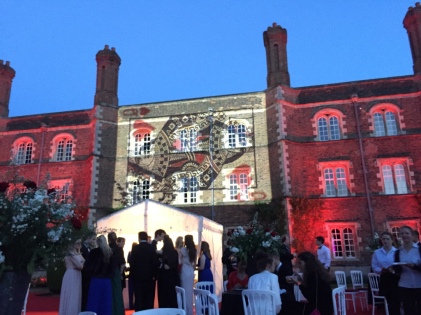 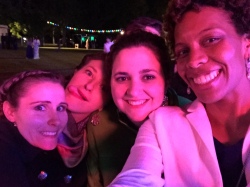 After Party! We Made It!

The whole night was such fun! The morning is even better because there is always a survivor photo outside on the lawn, so it’s nice to be apart of that.

Of course, the whirlwind party didn’t end there. As per tradition, you stay up all night, catch a couple zzz’s and then you are off to another city. Which city did we pick? How about Prague, Czech Republic. Considering I had class to get back to, I spent a lovely 16 hours in this gorgeous city, walking around, taking in the sites, and enjoying the food. I had a marvelous time with lovely lady friends. Best 4-day trip ever! 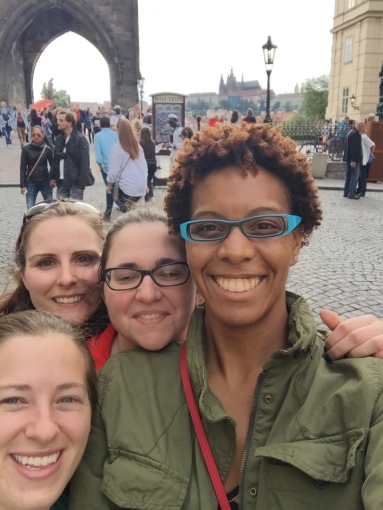 The next trip I took last year was in October 2015. My mom decided that we were going to go on a family trip to what is called the Rise Festival. Last year this took place in the Mohave Desert outside of Las Vegas, Nevada. Essentially the Rise Festival is a festival of lights. People gather together in the middle of nowhere and light lanterns and watch them float into the heavens together.

Sounds hippy dippy right? Well it is, but it’s so very cool.

On the lanterns you can right out hopes, dreams, wishes, angry rants, whatever you want. The whole purpose of the festival is to commune with like-minded people, rid yourself of negative thoughts and energy, and put forth good energy and positivity. I was skeptical, but it was so beautiful to be a part of it.

We didn’t just do the Rise Festival while in Las Vegas. It’s Vegas! You must see a show, eat awesome food, and enjoy the landscape, and that’s exactly what we did. We visited Red Rock Canyon, which were stunning feats of natural architecture, and also experience some great cuisine on the Las Vegas Strip. The show we saw this time around was the Cirque Du Soleil show ‘O’ at the Bellagio Hotel. This is a must see show. It’s been there for a while, but well worth the money spent. 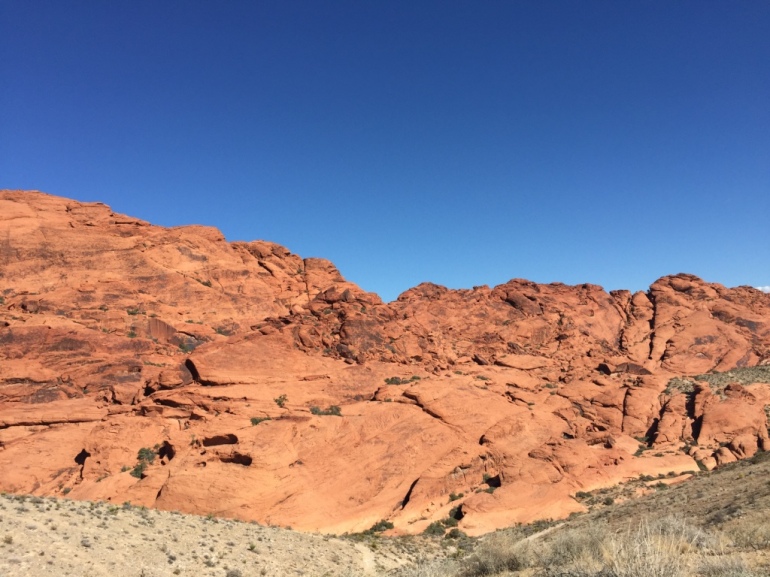 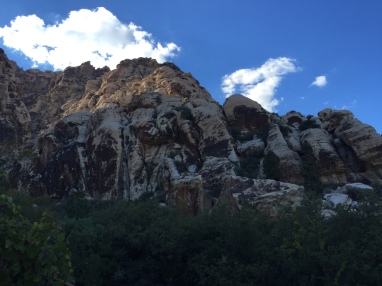 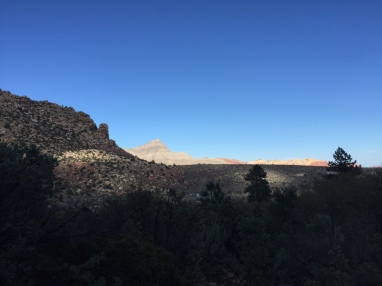 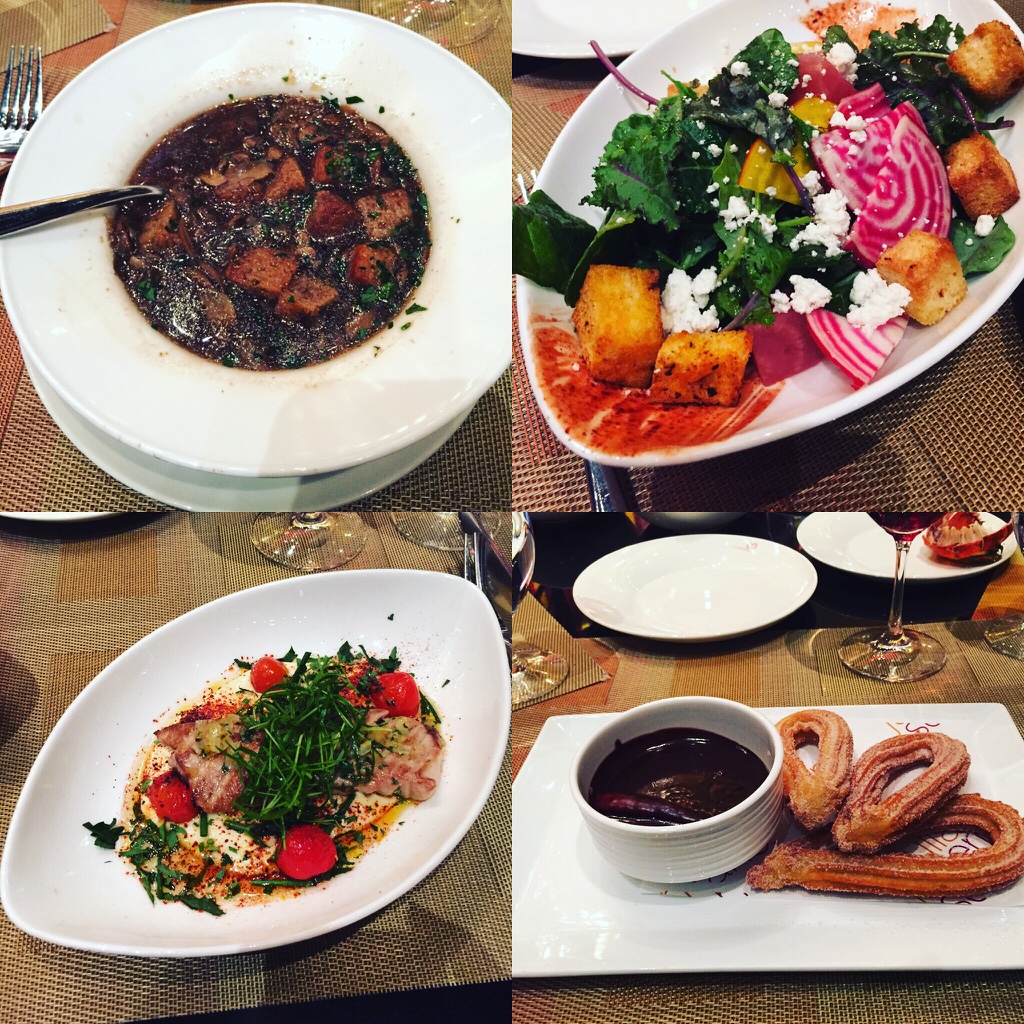 Finally I wrapped up my year in San Diego, California. I had never been to the city before, so it was great to just have a few days to chill and walk around. The Airbnb we stayed at was right downtown, which is extremely walker friendly.

So this completes my tour de 2015, as far as travels go. I had an awesome time last year, and with school it was hectic but crazy fun. I’m two posts away from being completely up to date on the blog! Yay! Stay tuned!